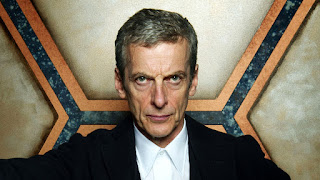 Today on BBC Radio 2 actor Peter Capaldi revealed that the start date for the eleventh series of Doctor Who would begin on April 15th of this year.

Sadly, he also revealed that this series will be his last full run and he will leave the Tardis in the 2017 Christmas Special, alongside writer/showrunner Steven Moffat.

Beyond the two huge pieces of news above, Capaldi went on to say the eleventh series will have some classic monsters but most are new creations and also we can expect something: "...dark, that moves along throughout the series." 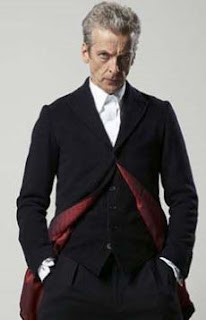 As for Capaldi leaving the role of the Doctor at Xmas:

"I feel sad. I love Doctor Who, it's a fantastic program to work on, it's been a huge pleasure to work with [the Doctor Who] family, I can't praise the people I work with too highly.

But I've always been somebody who's done a lot of different things, I've never done one job for three years.

I feel it's sort of time for me to move on to different challenges.

What a privilege, to have done this, it's an extraordinary position to be in, but like everything you have to be aware of when it is time to move on.

I wanted to move on to other challenges but there will never be anything that was more special to me."

Capaldi says he was asked to stay on for the twelfth series of Doctor Who, which would have been for the first series under new writer and showrunner Chris Chibnall in 2018 as his contract was running out but he chose to leave.

However, as Capaldi points out, he is 'still Doctor Who' and we still have one full series of thirteen episodes starting on April 15th of this year and the 2017 Christmas special before he passes on the keys to the Tardis to another actor.

So now the speculation can begin on who will be cast as the thirteenth Doctor...who do you think it should be?

Let us know in the comments below.